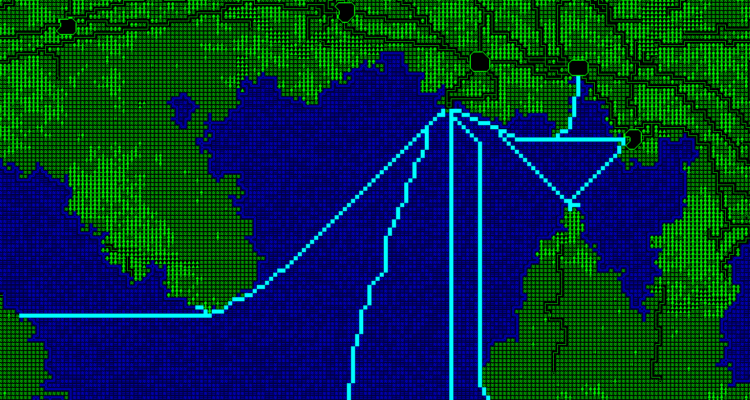 Here’s the URRpdate of the last two months. A lot of travel and my laptop breaking while abroad has slowed things down, but a lot of progress has been made both on finishing off the last remaining bug-fixes, and adding the final small “feature” required for 0.8. The game is becoming increasingly stable, as well as increasingly polished, with each passing week. So, here’s what I’ve been up to in the last two months:

So: the last two months have brought much more polish, more bug-fixes, and some quality of life changes, such as allowing you to move quickly around the game world through the use of docks and the like. I’m really excited by how this is all coming together. Aside from URR updates, in the last couple of months I’ve also done almost all the remaining work for making my move to the University of Sydney at the end of September, finished writing a journal article about Super Mario Maker I’m excited to share in the near future, presented a whole bunch of work at this year’s Digital Games Research Association Conference in Kyoto, talked about Twitch and disability at the European Sociological Association, and spent some time with the family back in the UK. That said, though, it’ll be nice to get back to Canada for one final month to catch up with friends and colleagues before the move itself…

So: with all of this done, in a week from now I’ll be back in Canada and back to being able to work hard on the game, so I hope to have another solid update some time in September. The list of remaining tasks is pretty much only resolving two long-running bugs (involving ambassadors and mints), handling a few more issues around sentence generation, adding a little bit more polish here and there… and then… that’s it?! See you all soon!