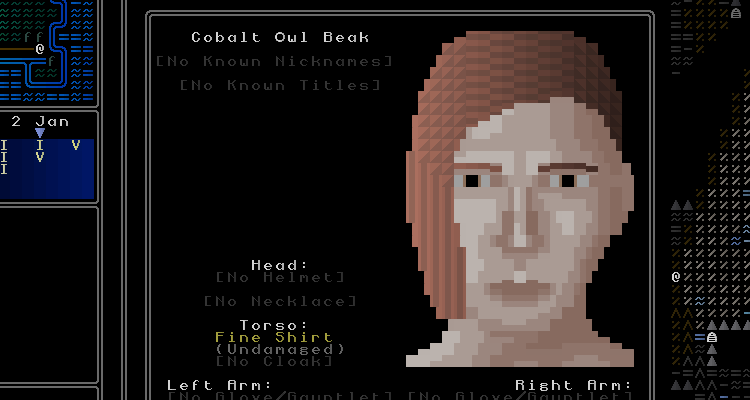 Hello everyone! This week turned into something far busier than I expected with work, but I have not stopped pushing 0.8 to completion. I’ve cleared out a bunch of other serious bugs I’ve found this week, including that bug I mentioned last time where the game appears to have frozen during world generation (but actually hasn’t), and clearing out the debug messages. Specifically:

This week, again, URR will be my priority in the evenings (though I anticipate another busy week, as I need to devote a lot of time to writing a major grant in the coming days). Another update next weekend at the latest!